Sharjah Museums Authority (SMA) is celebrating 25 years since the inauguration of Sharjah Art Museum, which first opened its doors in April 1997 to preserve and promote arts.

The purpose-built museum which offers free entry to all, is surrounded by old traditional buildings that are preserved by the government of Sharjah as part of its mission to pass on the emirate’s heritage and rich history to future generations.

Located on Sharjah Corniche Street in the Al Shuwaiheen area, the first of its kind museum in the Gulf region has been fostering creativity by providing a platform to display works of established and emerging artists from the UAE, the region and the world.

“Sharjah Art Museum is the first and oldest purpose-built museum in the UAE established by Dr. Sheikh Sultan bin Muhammad Al Qasimi, Supreme Council Member and Ruler of Sharjah in 1997. It has played a fundamental role in providing a platform for artists across the region to display their work at a time when they had no dedicated space for showcasing their talent,” said Manal Ataya, Director-General of Sharjah Museums Authority.

“Today, we continue to support Arab artists and dedicate efforts to provide them with greater exposure through exhibitions and publications. We are also committed to our audience of families and school children ensuring they have the opportunity to learn about art and enhance their creativity through workshops and other programs,” Ataya added.

Dedicated to providing visitors with a rich experience, the museum has over the years positioned itself as one of the most prominent cultural and art destinations locally, regionally and internationally.

From exhibitions to free programs and special events, online and onsite, the museum has not only been supporting the art scenes in the country and region, but also allowing art enthusiasts across the globe to discover and explore dynamic expressions of Arab and international artists through over 300 artworks showcased across 64 halls.

Visitors can also get a glimpse into the development of the artistic movement in the Arab region through selected artworks from the collection of Barjeel Art Foundation on display at the museum. 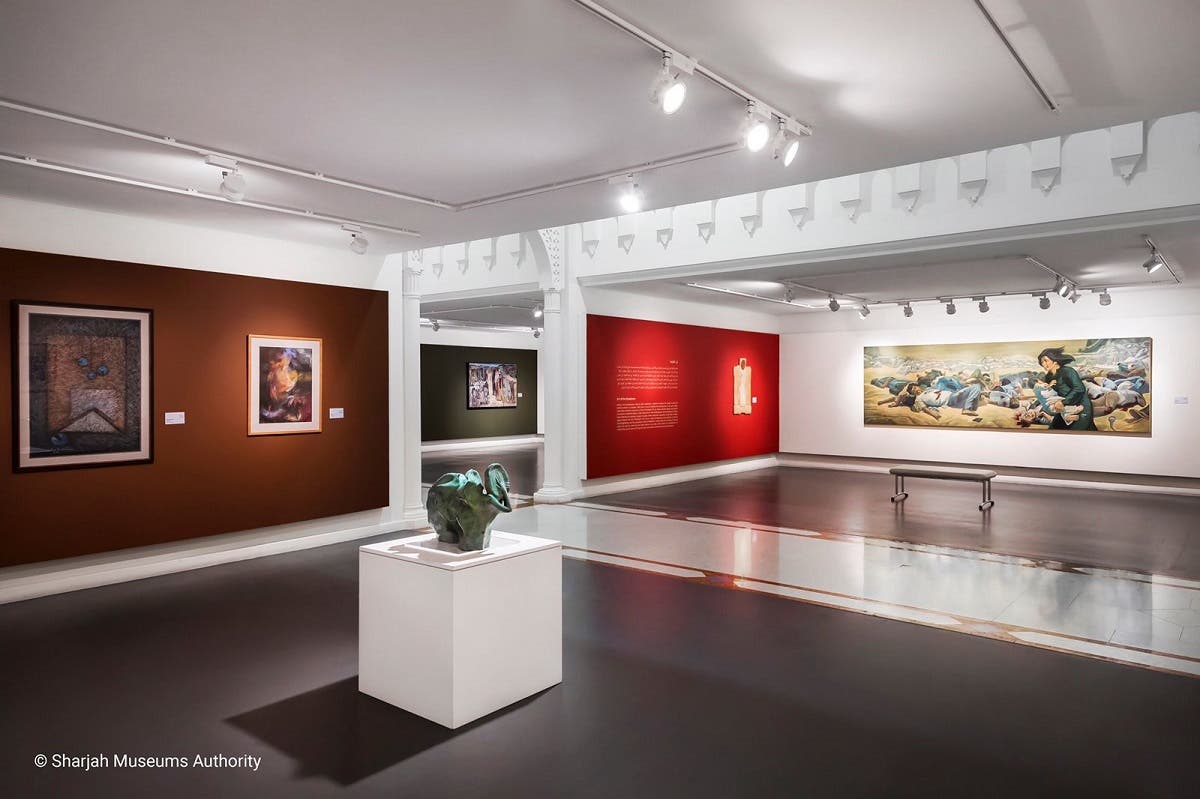 Additionally, the museum’s library offers more than 4,000 Arabic and English books about artists and art history as well as other genres such as design, photography, sculpture and architecture.

The museum has always been part of the large-scale contemporary art exhibition Sharjah Biennial and also hosts the annual Sharjah Islamic Arts Festival which is organized by Sharjah Department of Culture.

Many notable exhibitions held by the museum include the Emirates Fine Arts Society’s annual exhibition and SMA’s annual ‘Lasting Impressions’ exhibition series that was launched in 2011 to highlight the works of the Arab region’s most distinguished artists.

It displays an impressive permanent collection of Arab modern art including works by artists such as Abdulqader Al Rais, Louay Kayali, Mona Saudi, Najat Mekky, Bashir Sinwar, and Faiq Hassan, among others.

It additionally holds annual series of dynamic free programs that include activities, discussion sessions, and interactive workshops that are targeting families and children while also regularly organizing various community programs that are specifically designed for children with disabilities.

It also provides free tours by guides mastering a number of languages, including Arabic and English.

And as SMA seeks to safely engage the public, it responded quickly during restrictions on movement due to the spread of COVID-19 by launching a virtual tour of the Sharjah Art Museum hallways featuring over 100 paintings and artworks.

After a quarter of a century since it has opened its doors, the museum continues to follow its goals that are focused on spreading a culture of creativity, preserving heritage and highlighting its importance in peoples’ lives which are all in-line with the vision and directives of the Sharjah Ruler.